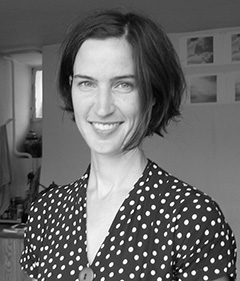 Poet and visual artist Jen Bervin’s multidisciplinary work results from research and collaboration with artists and specialists ranging from literary scholars to material scientists to activate the intersections of art and scholarship, text and textiles, science, technology, and craft in works that range from poems written nanoscale to large-scale museum installations.

Jen Bervin: Shift Rotate Reflect, Selected Works (1997–2020), her first survey exhibition, curated by Kendra Paitz at University Galleries of Illinois State University, spans the 7,500 sq ft gallery. The four-month exhibition, supported by grants from the National Endowment for the Arts and the Andy Warhol Foundation for the Visual Arts, will be followed by a publication. The show premieres Su Hui's Picture of the Turning Sphere, a five-channel video installation in collaboration with her wife, the filmmaker Charlotte Lagarde.

Bervin is the author of eleven books, including six artist book editions with Granary Books, and Silk Poems—a long-form poem presented both as a biosensor made from liquefied silk developed in collaboration with Tufts University’s Silk Lab and as a book—a finalist for the Lambda Literary Award, and a New Museum Book of the Year. Her publication, Gorgeous Nothings: Emily Dickinson’s Envelope Poems, with Marta Werner and Susan Howe, was a New Yorker Book of the Year.

Her work has been covered in media outlets such as Artforum, Huffington Post, NPR, The Nation, LA Times, Frieze, Hyperallergic, The New Yorker, and The New York Times, and can be found in more than thirty international collections, including Bibliothèque Nationale de France, Yale University; Brooklyn Museum, and The J. Paul Getty Museum.