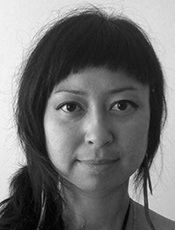 STEPHANIE SYJUCO (born 1974 in Manila, Philippines; lives and works in Oakland, California) creates large-scale spectacles of collected cultural objects, photographs, and installations that investigate the political effects of economies and empire. In 2020, Syjuco’s work will be the subject of a solo museum survey exhibition titled The Visible Invisible at the Blaffer Museum of Art, Houston, TX. In 2019, her work was the subject of a monographic exhibition titled Rogue States at the Contemporary Art Museum St. Louis, and recently reviewed in Artforum.

In 2020, Syjuco was awarded a residency at the Joan Mitchell Center in New Orleans, Louisiana. In 2019, she was the recipient of a Smithsonian Artist Research Fellowship. Other awards have included a Guggenheim Fellowship (2014), and a Joan Mitchell Painters and Sculptors Award (2009). In 2008, she was featured in Season 9 of the acclaimed PBS documentary series Art21: Art in the Twenty-First Century.

Syjuco is an Associate Professor of Sculpture at the University of California at Berkeley. She received an MFA from Stanford University and a BFA from the San Francisco Art Institute. Since 2013, she has exhibited with Ryan Lee Gallery in New York and since 2008, she has been represented by Catharine Clark Gallery, where she will have her next solo exhibition in the fall of 2020.