Birk: DVD: In Smog and Thunder

In Smog and Thunder

In Smog and Thunder is a mockumentary about a California civil war set in a vaguely recent past. The Great War of the Californias was the ultimate calamity in a state strewn with calamities. Based on the paintings of Sandow Birk, this film explores the history and the stories behind California's tragic conflict. The paintings, propaganda posters, and etchings convey the intense hatred that had built up between the two great California cities, Los Angeles and San Francisco. Written by Sandow Birk and Paul Zaloom. Directed by Sean Meredith, Produced by Sean Meredith and Tom Patchett. Artwork by Sandow Birk. 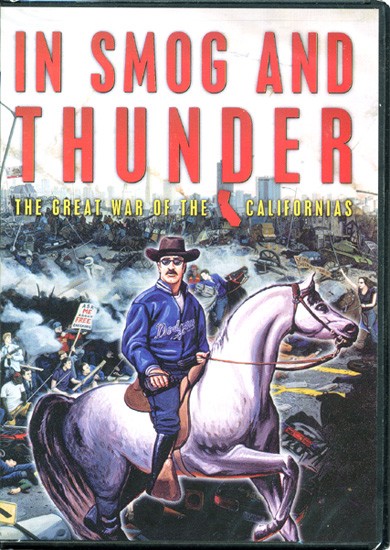