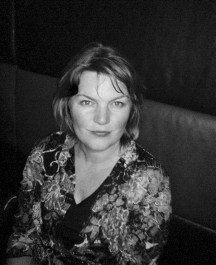 Dutch photographer Ellen Kooi received her art education at the Art Academy ABK Minerva in Groningen, Netherlands and completed her post graduate studies in Art at the Rijksacademy in Amsterdam. Shot at a wide angle, landscape orientation, the beguiling color and natural scenery of her images contradict the intense orchestration of her compositions. Hours of labored control over lighting and arrangement of her subjects are part of each photograph. Every image appears to have been shot in the middle of a dark fairytale set in the hinterlands of Holland. Uncanny disquiet weaves a characteristic thread through the narrative non-linear style of her larger body of work.

Her work has been featured in exhibitions at numerous national and international institutions, including recently at the Institut Néerlandais, Paris, France in 2010.  Her work is also exhibited at The Fields Sculpture Park at Omni International Arts Center in Ghent, New York; Museo de Arte Contemporáneo de Castilla Y León in Spain; the Moscow House of Photography in Russia; Speed Art Museum in Louisville, Kentucky; and Hague Museum of Photography in the Netherlands. Her work is part of the public collections of both national and international institutions such as Museo de Arte Contemporaneo de Castilla Y Leon; 21c Museum in Louisville, Kentucky; the French State Collection in Paris; the Marsh Collection in London; the Dutch Ministry of Foreign Affairs in the Netherlands, and many others. In 2013 her work was featured in OFF-SPRING: New Generations, a group show at 21c Museum, Cincinnati, Ohio. Kooi currently lives and works in the Netherlands and has exhibited with Catharine Clark Gallery since 2007.