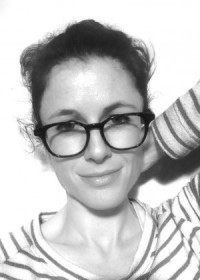 JOSEPHINE TAYLOR creates narrative images on paper—drawing, print, collage—and video. Her work oftens examines the emotional and psychological remnants of memory, human connection and adolescence. Her subject matter is personal, rendered with a tender fragility and often at the scale of the people she is portraying.

Taylor earned a Bachelor of Arts in Religious Studies with an emphasis in East Indian languages from the University of Colorado – Boulder before pursuing a graduate degree in Fine Art at the San Francisco Art Institute. She was a recipient of the San Francisco Museum of Modern Art SECA Award in 2004, and was included in the California Biennial at the Orange County Museum of Art that same year. Also, in 2004, she was awarded a Visual Arts residency at Headlands Center for the Arts.

In 2019, the San Jose Museum of Art acquired Taylor's major work BAD (2016) from the series "Teenagers are Beautiful" for the museum's permanent collection. Taylor’s work is also included in the permanent collections of San Francisco Museum of Modern Art, the Fine Arts Museums of San Francisco, and the Museum of Modern Art, New York. Her work was featured in OFF-SPRING: New Generations, a group exhibition at 21c Museum Hotels that premiered at the Cincinnati campus in 2013, and most recently traveled to the museum’s Oklahoma City campus in 2018. Taylor’s work was also featured in Care and Feeding: The Art of Parenthood at the Palo Alto Art Center in September 2018.

In 2017 - 2018, Taylor completed a suite of monotypes and gravures at Mullowney Printing, the Master Print studio in San Francisco. Taylor has also collaborated with multi-media artist and author Jon Bernson on a video work, Dylan Diaries (2018), as well as Bernson's larger installation Third Eye Moonwalk, which was first presented at Minnesota Street Project, San Francisco and Catharine Clark Gallery in 2018.

In 2017, Taylor was awarded an Eureka Fellowship from the Fleishhacker Foundation. She teaches at Stanford University and the San Francisco Art Institute. Taylor lives and works in San Francisco and has been represented by Catharine Clark Gallery since 2003.